BobScrollGrid is a component that allows you to create grid views for iOS. You can declare the entry size, number of rows and columns and the component will lay them out for you. This is similar to UICollectionView but works all the way back to iOS 3.

I started a project to replicate the iOS gallery running on the early generation of iOS devices back before iOS 3 came out. I originally had used three20's gallery in an application but found it to lack performance and features compared to the built in gallery. Therefore I decided to see how easy it would be to create a gallery that ran at 60fps on the iPhone 3g, to do this I first needed a grid component to replicate the photo listing view - enter BobScrollGrid. 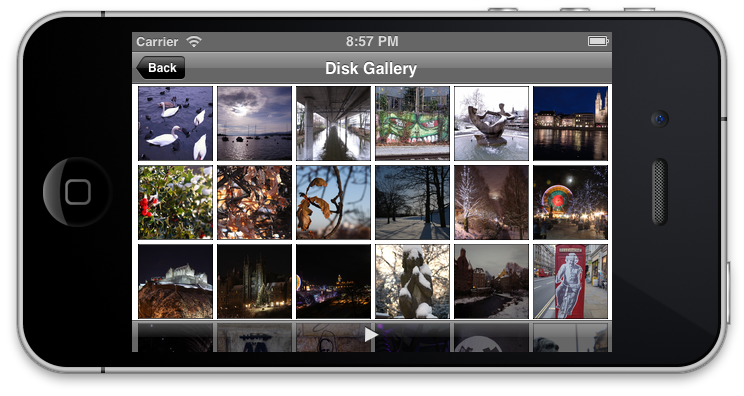 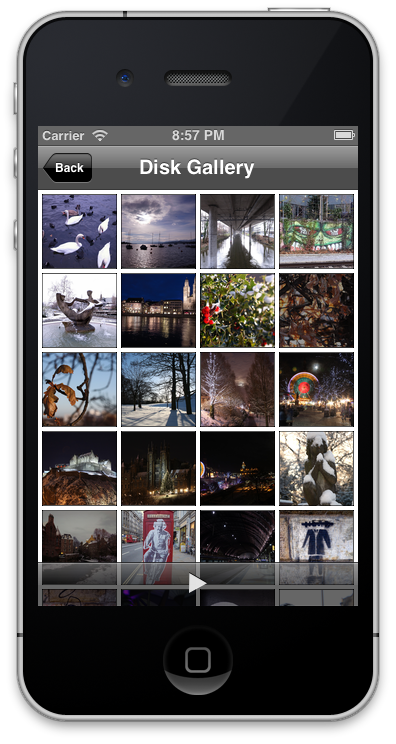 It can be used in landscape or portrait and will handle the rotation for you. It's also very simple and fast. With iOS6 Apple released the UICollectionView rendering this component obsolete.

The source for this project can be found on github https://github.com/bobthekingofegypt/BobScrollGrid